I lost my Big E far too soon. He was honestly the best boy that I have ever had and I truly didn’t know if I would ever get another kitty because I knew none could ever compare to him. In the days after Elvis’s surgery, which were extremely difficult, one of our vet techs at the office was so immensely helpful with everything that we were going through. We were in there almost every single day with him for about a week and a half straight and she was just fantastic. It just so happened that we adopted Elvis through her rescue, Holisticats, a few years back. She knew how much I loved him, how much I did for him, and how devastated I was to lose him. This past summer I noticed that one of her rescues had a non-functional leg and that they were going to be amputating it. After having Elvis, I kind of felt like I was destined to have another. Like I had done it, I knew what to expect and I had walked this path. Part of me felt like it was just meant to be. Well… needless to say a few months ago this perfect little tuxedo tripod kitten named Batten entered our house and it has been perfect!!! There is a huge part of me that almost feels like Elvis sent him to me, made sure that he came to this house for a reason (and he is black, my favorite)! And honestly who can have just one kitten… so now he has a best friend, Rex! Every time I see those three little legs go running, I think of my big mush that I miss so much! It makes me so sad to have to write this but my big, sweet boy passed away yesterday morning. He started not acting like himself, took him to the vet the day before and they found that he had so much fluid around his heart that they couldn’t even see his heart. They were running tests to see what was going on and put him on lots of meds but by the next morning he had already gone to kitty heaven. We got the results back and they indicated that taking the leg had not stopped the cancer from spreading. In my 30 years and my fathers 55 years we have never once had a cat that even came close to Elvis. I already miss his voice and snuggling with my big chubby boy. Hopefully he is in a better place but I miss him dearly. Thank you to everyone for the support the last few months. 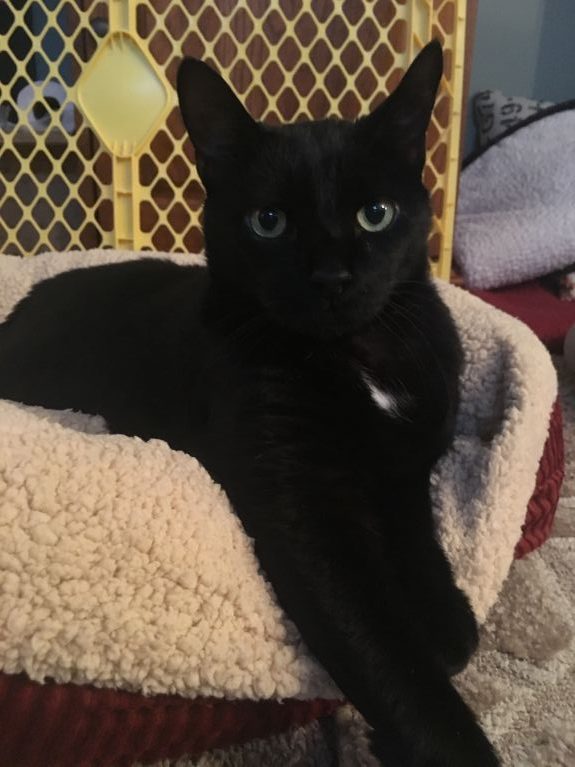 Ok… totally giving up on clumping litter!!!! Big guy pees once a day and the running joke is that he has a bladder like a camel which means that every time he goes it is like a solid 5 minute pee. Because of that the back leg that he balances on consistently gets soaked and then the clumping litter gets stuck all. over. him. This has resulted in many baths because the clumps are everywhere on him and hard to get off once they dry. Luckily, he doesn’t mind the baths at all! Switching litters to see if that helps… if he will tolerate something new. He was not a fan of the newspaper litter after surgery but we are going to give it another go in hopes that this helps with that issue (and we have a few bags left over from before)!

I am also trying to help find ways to keep him at least a little active. He doesn’t walk very much, really only when he is highly motivated to get somewhere- remember, super lazy and always has been! As per recommendation of somewhere on the forums I decided the get to food tree that makes him work for his dry food. He is not 100% sure what to do or how to get the food but we are not giving up on it… so far he has figured out that he has to flick the food from the bottom  but hasn’t figured out the there is food up top too… either way I feel like any extra movement is a plus! 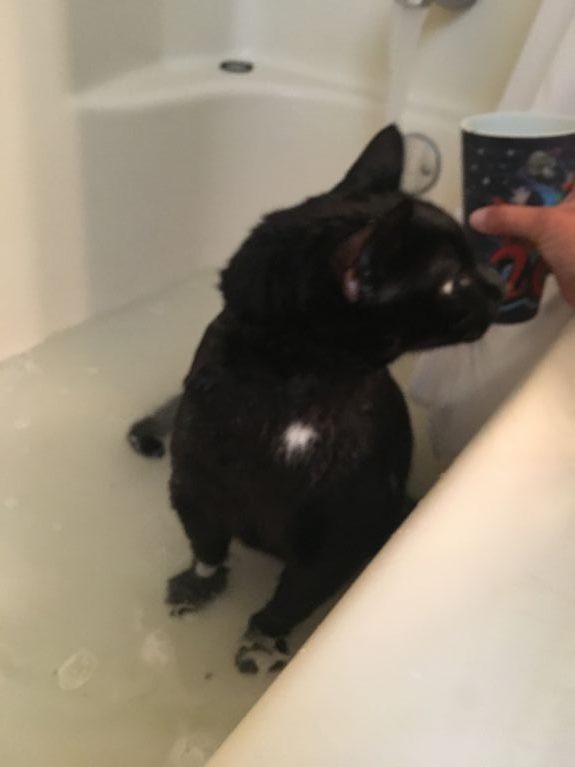 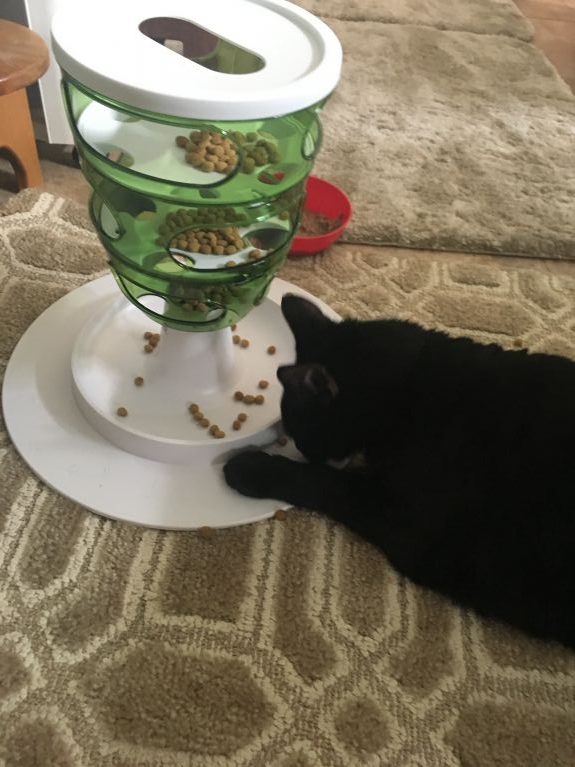 Someone is tired after his bath, which shockingly he doesn’t mind at all! Ever since surgery he has a hard time peeing in his litter box and always manages to totally cover his one back leg, which then leads to a baby wipe bath but today he must have slipped and landed in his poop as well- haha! Oh the fun life of a tripawd mom! Good thing he is cute!!! 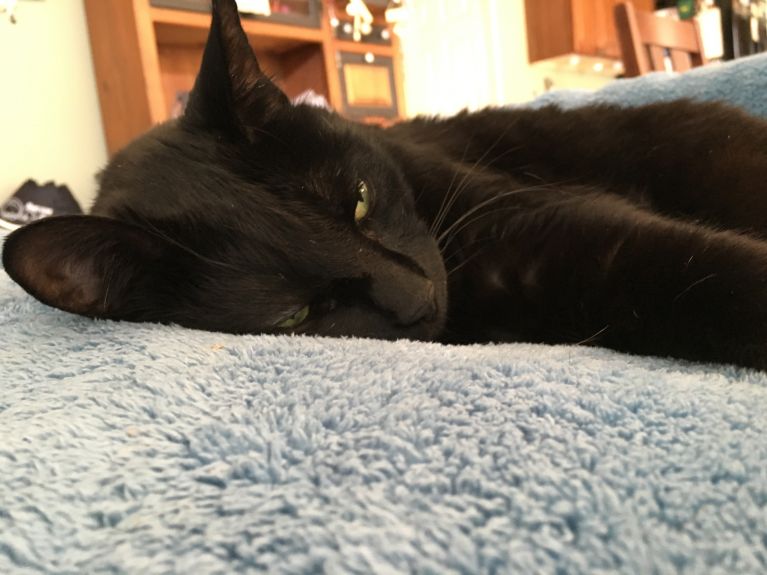